One of the most difficult parts of quitting opioid addiction, whether it involves codeine, fentanyl, Vicodin or heroin, is the withdrawals associated with the process.

Many experts believe that both the pain of detox and the fear of that pain are one of the greatest barriers to patient detoxification and rehabilitation. It’s clear that many patients quit before they can be moved to a medication-assisted treatment program.

The Problem of Detox

Very few people who start taking an opioid ever think about the challenge of detox and withdrawal, but for an addict, the process is painful and extraordinarily difficult. Common symptoms that manifest in just the first few days of opioid withdrawal include:

During this period, most addicts succumb to the powerful urge to take just one more dose to make the pain go away. The result is many addicts go through multiple cycles of detox, withdrawal and a return to their addiction. Some can go through this cycle 20 or more times, with a correspondingly dramatic adverse effect on their body and overall health.

The National Institute on Drug Abuse estimates that 40 to 60 percent of people seeking treatment for opioid addiction fail in detox treatment and do not kick their addiction.

Why? Because it’s a horrible experience.

Medication isn’t the only way to change how our brain works, to block electrical paths and to improve the progress of an opioid addict going through withdrawals and detox. And no, we’re not talking about meditation. We are talking about the best opioid withdrawals solution.

Developed several years ago by Indiana-based Innovative Health Solutions and approved for use by the FDA, the Neuro-stim System Bridge detox device is a non-pharmaceutical method designed to provide pain relief for people withdrawing from opioid drugs. Initially, the Bridge device was prescribed to chronic pain sufferers for pain management. 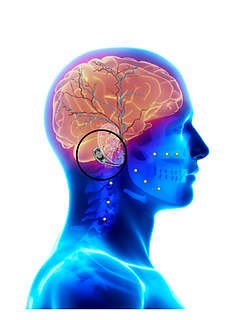 BRIDGE is now used at VA hospitals post-surgically for chronic and acute pain, and it has been tested with over 30,000 patients. In a small test at the Union County (Indiana) Opiate Treatment Center, more than 89 percent of the 37 patients that went through heroin withdrawal and detox with the assistance of the BRIDGE were successful in completing the entire process.

What’s amazing is how quickly the BRIDGE works with managing acute pain and acute suffering in patients.

Studies show that 85% of the symptoms are reduced within 30 minutes, and most of it occurs within the first 15 minutes. Our recent imaging study shows a 50% reduction of firing activity in the amygdala, the area of the brain responsible for fear and anxiety. The device isn’t recommended for those with pacemakers or those who are pregnant or have a history of seizures.

Get In Touch
B2-NTX Program

Your email address will not be published. Required fields are marked *

Please Note: igotsober Recovery is an official partner for the BioCorRx Recovery Program. We are not a medical facility and offer no medical advice. We partner with licensed medical doctors, therapists and certified Peer Support Specialists to offer the BioCorRx Recovery Program as an opportunity for alcohol/addiction recovery, and any participation is at the sole discretion of the individual. igotsober Recovery offers only recovery coaching and consultations on premises. There is no ‘cure’ for addiction. For more information, please visit www.biocorrx.com and www.beataddiction.com.
Copyright 2017 igotsober Alcohol & Opioid Recovery. All Rights Reserved. Marketing & SEO: Omaha SEO Company